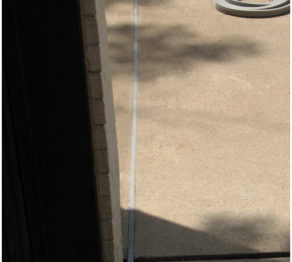 Folks, I have seen some beautiful concrete overlays and sprayed on decking. I just had an inquiry from “Ryan”, who was asking about the use of SlabGasket in conjuction with the above. His question is “I wanted to find out if this product could be used with some of the concrete overlay or spray on decking used around pools? Would those coatings be put on first and then the slabgasket or could you use the slabgasket then put down the coating so there could be one uniform surface?”

This is a good question, and most of us need to ask more questions when we hire a contractor to do any home repair or remodeling job. How many times do we have to settle for less than we expected? I answered Ryan this way:

Ryan, thank you for your interest in SlabGasket. Here are my experiences so far. I have installed SlabGasket prior to the overlay, and I have installed SlabGasket after the overlay. Normally, the overlay is painted (colored) on the surface, rather than the color being mixed into the concrete. After that, any attempt to remove the old expansion joints, or any attempt to put the SlabGasket in, can (and probably will) chip the overlay, exposing the raw color, and require touching up with paint. So if you do get this done, insist on a jar of touch up paint that will match the color of the overlay. This is a good idea regardless. You will need to touch up at some point.

You are doing the right thing by asking lots of questions. Ask more than one company who does this type of work what their experience is. You have to look at the job long after the contractor is long gone.

I hope you find this information helpful and not confusing.

This site uses Akismet to reduce spam. Learn how your comment data is processed.